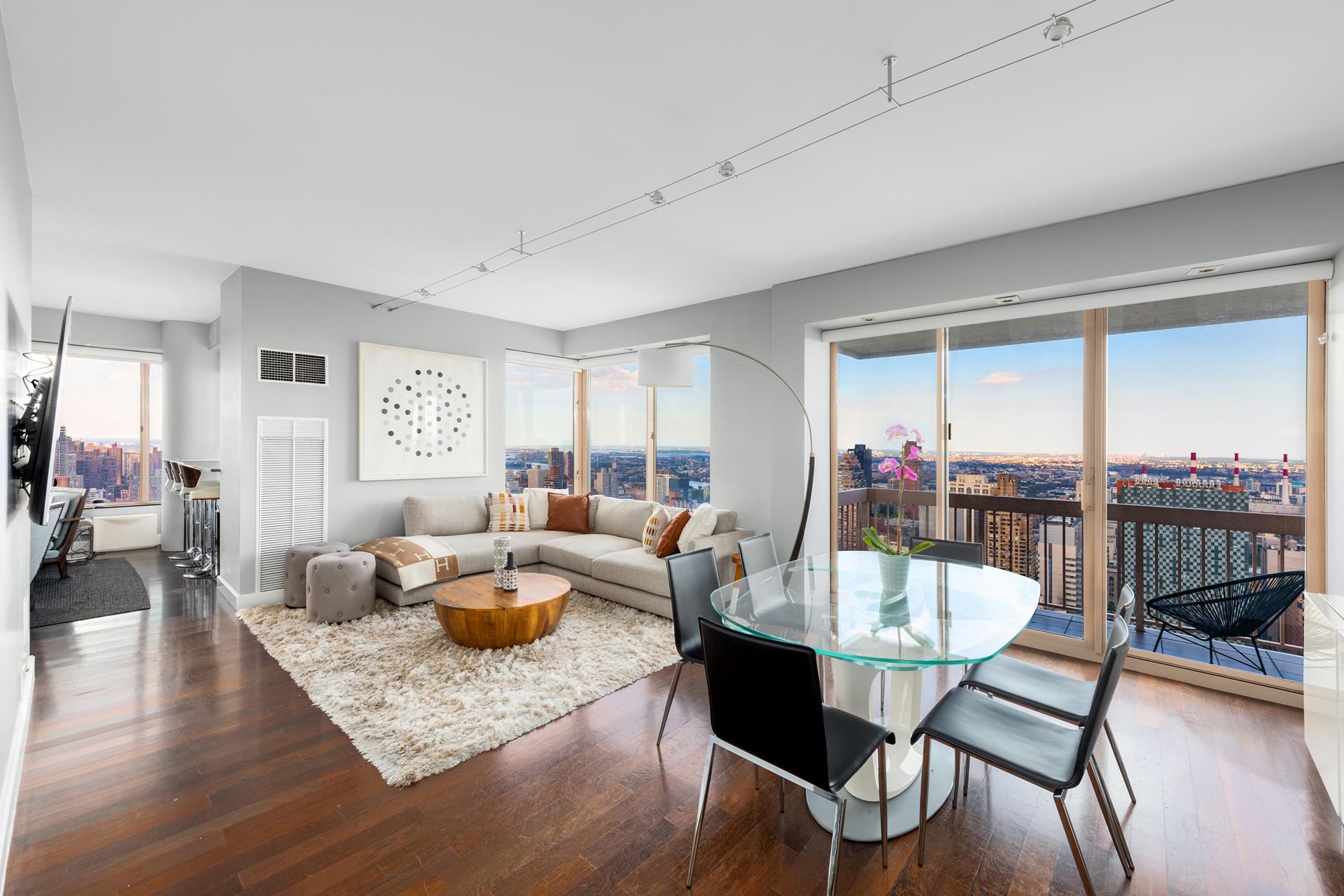 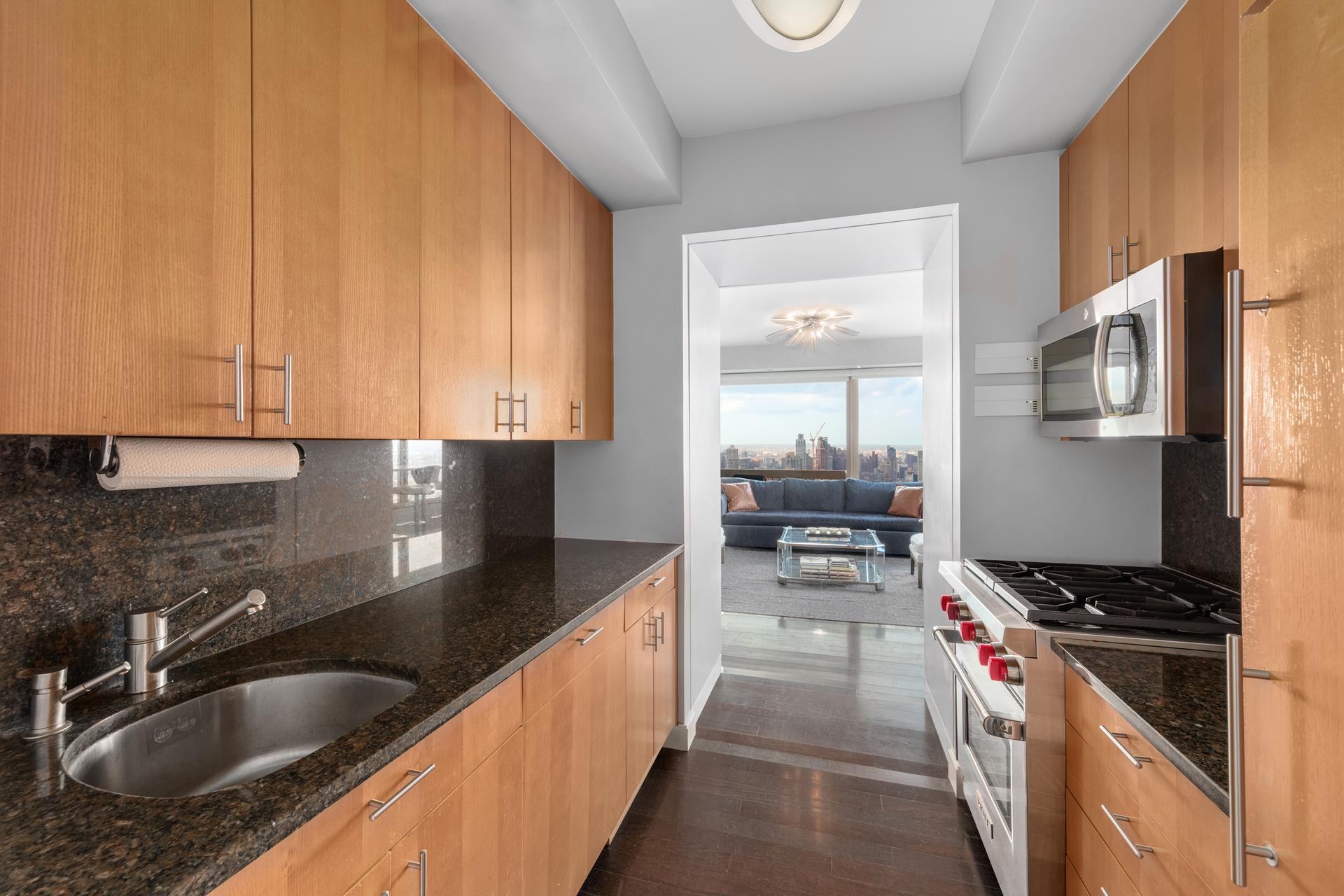 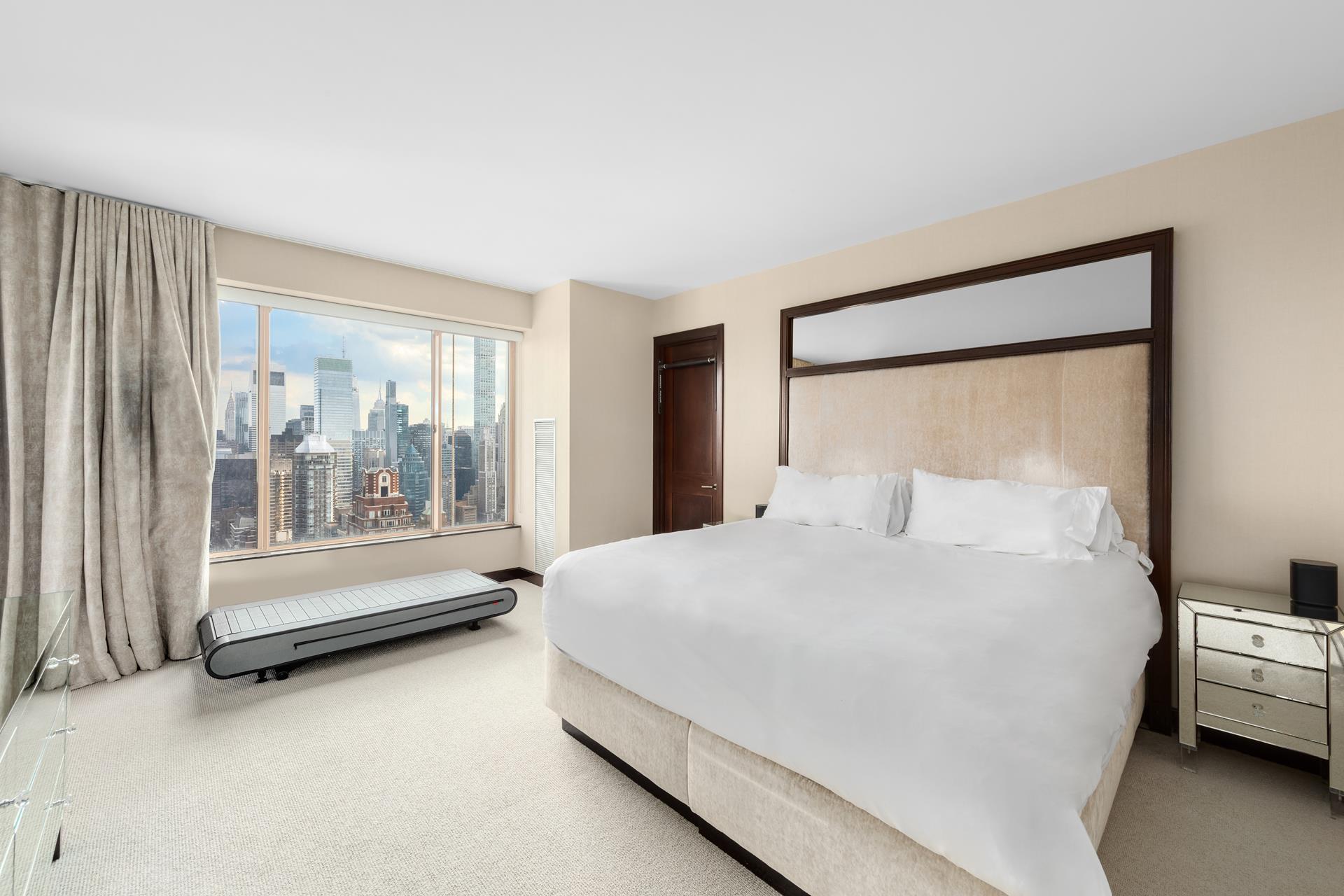 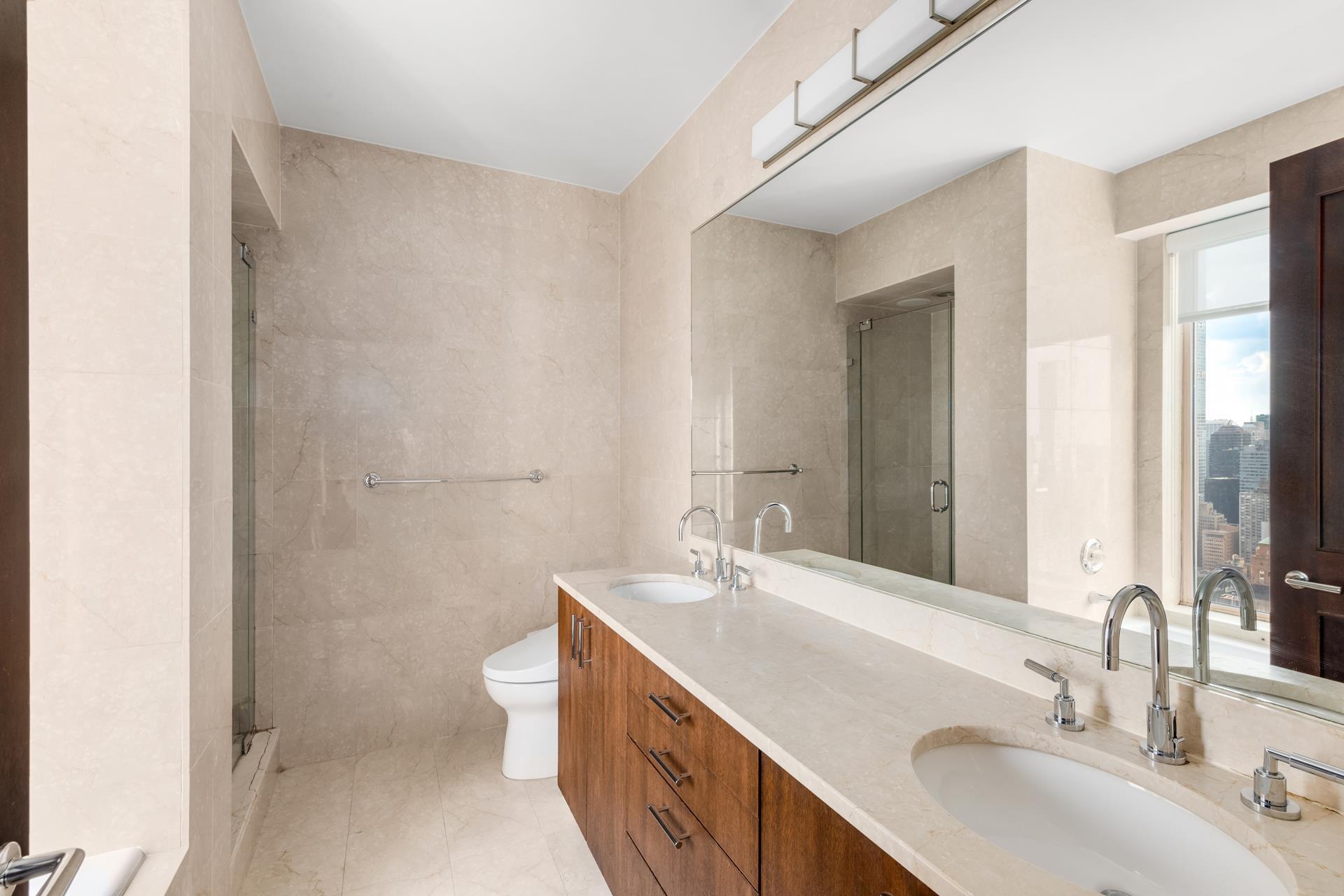 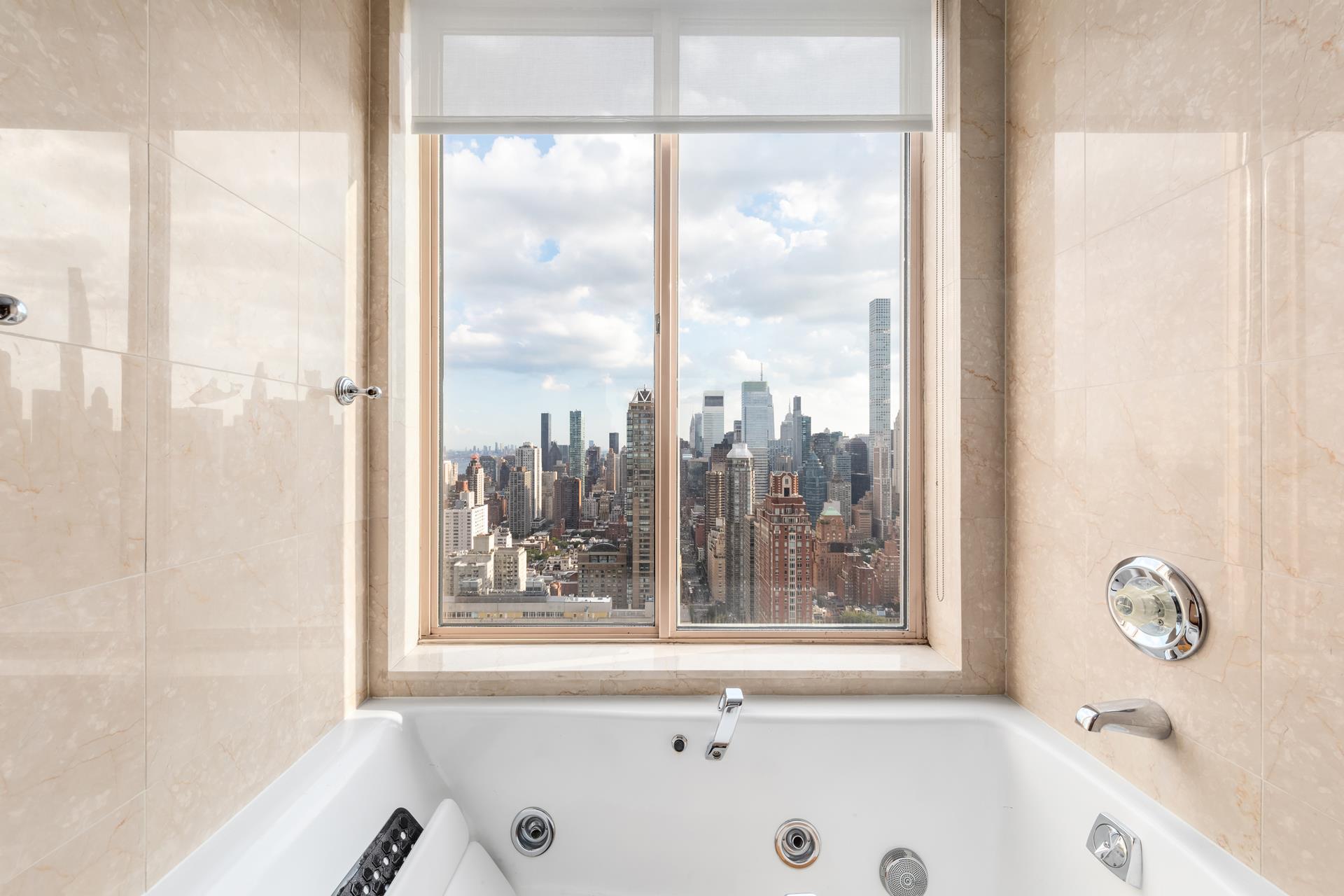 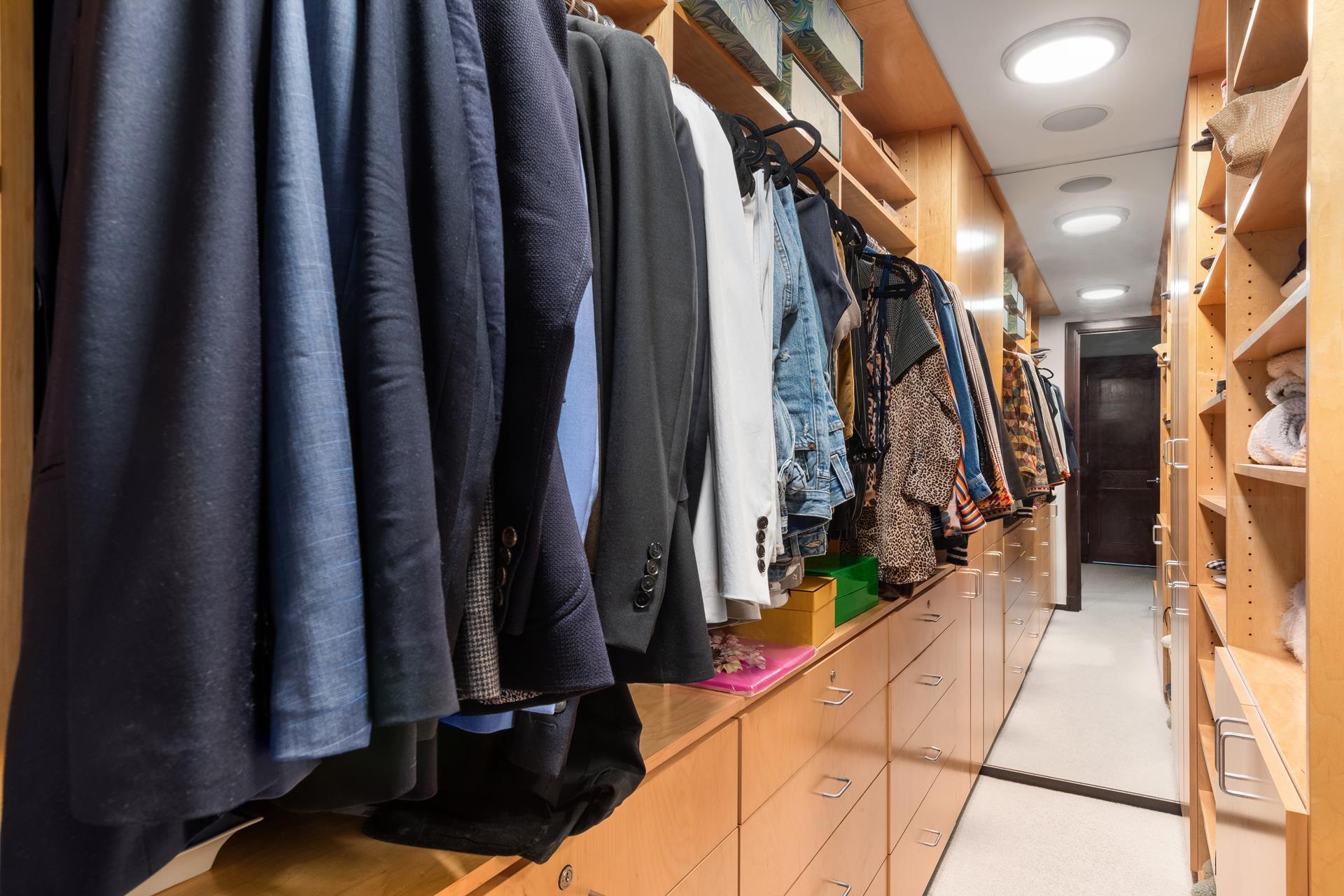 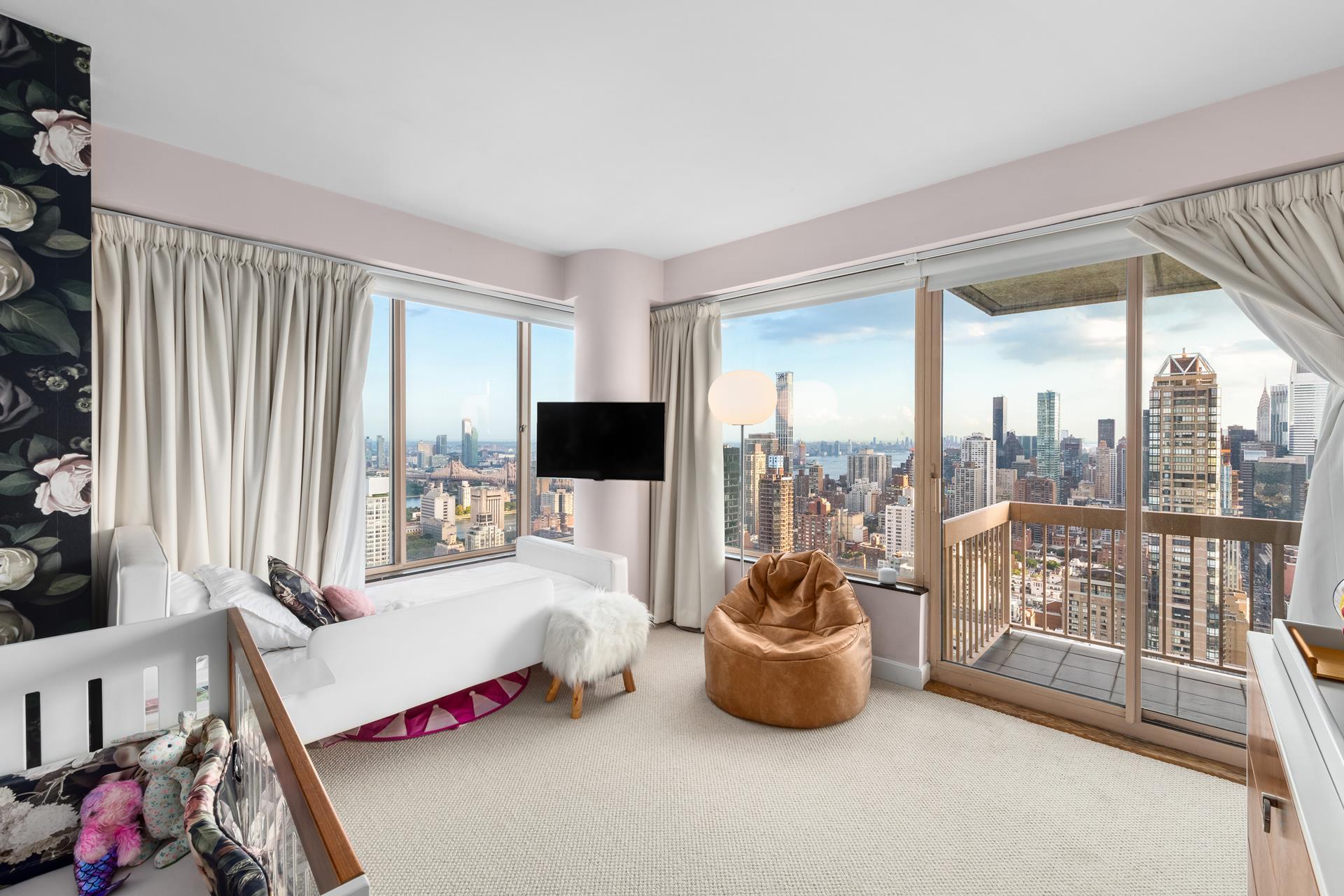 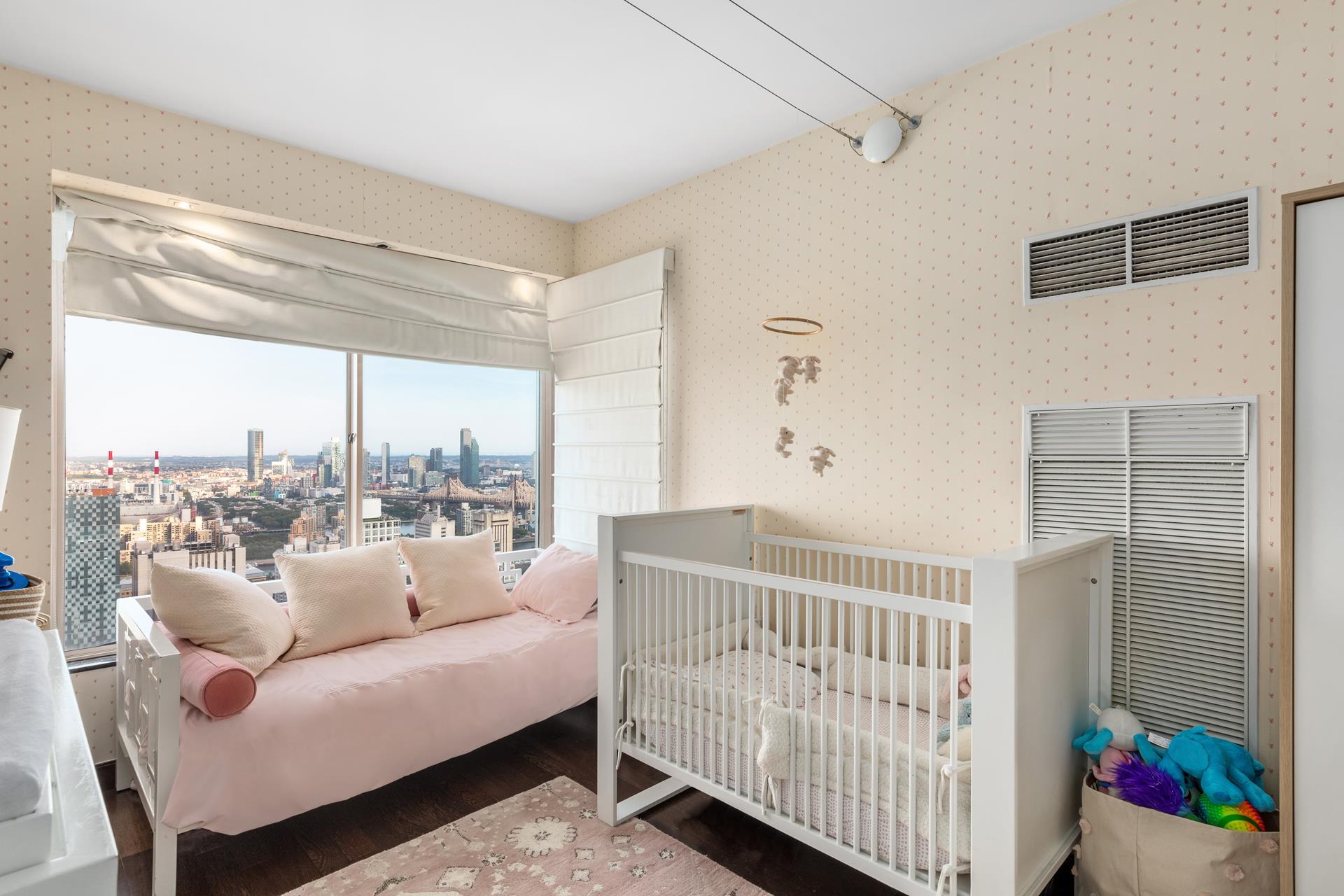 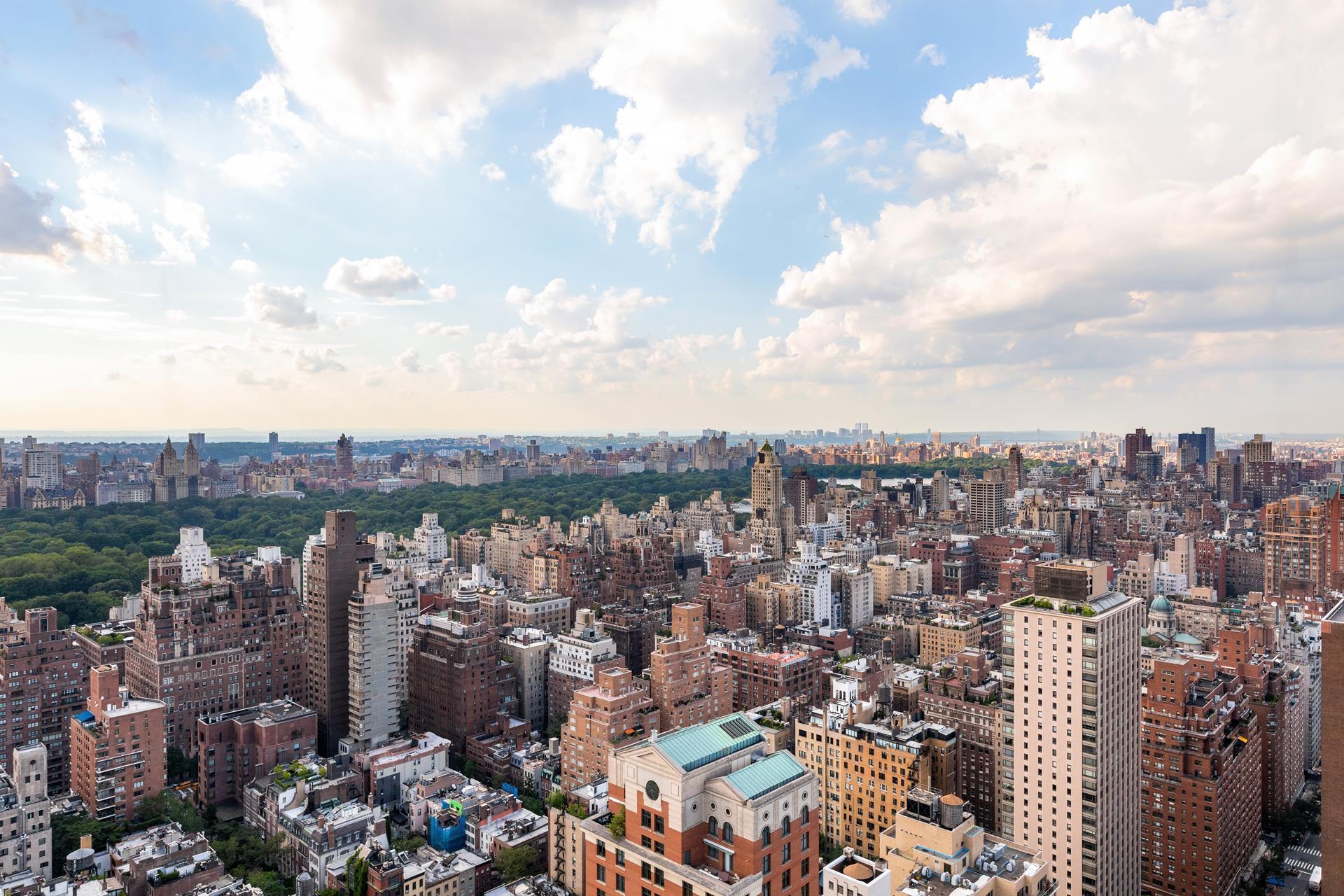 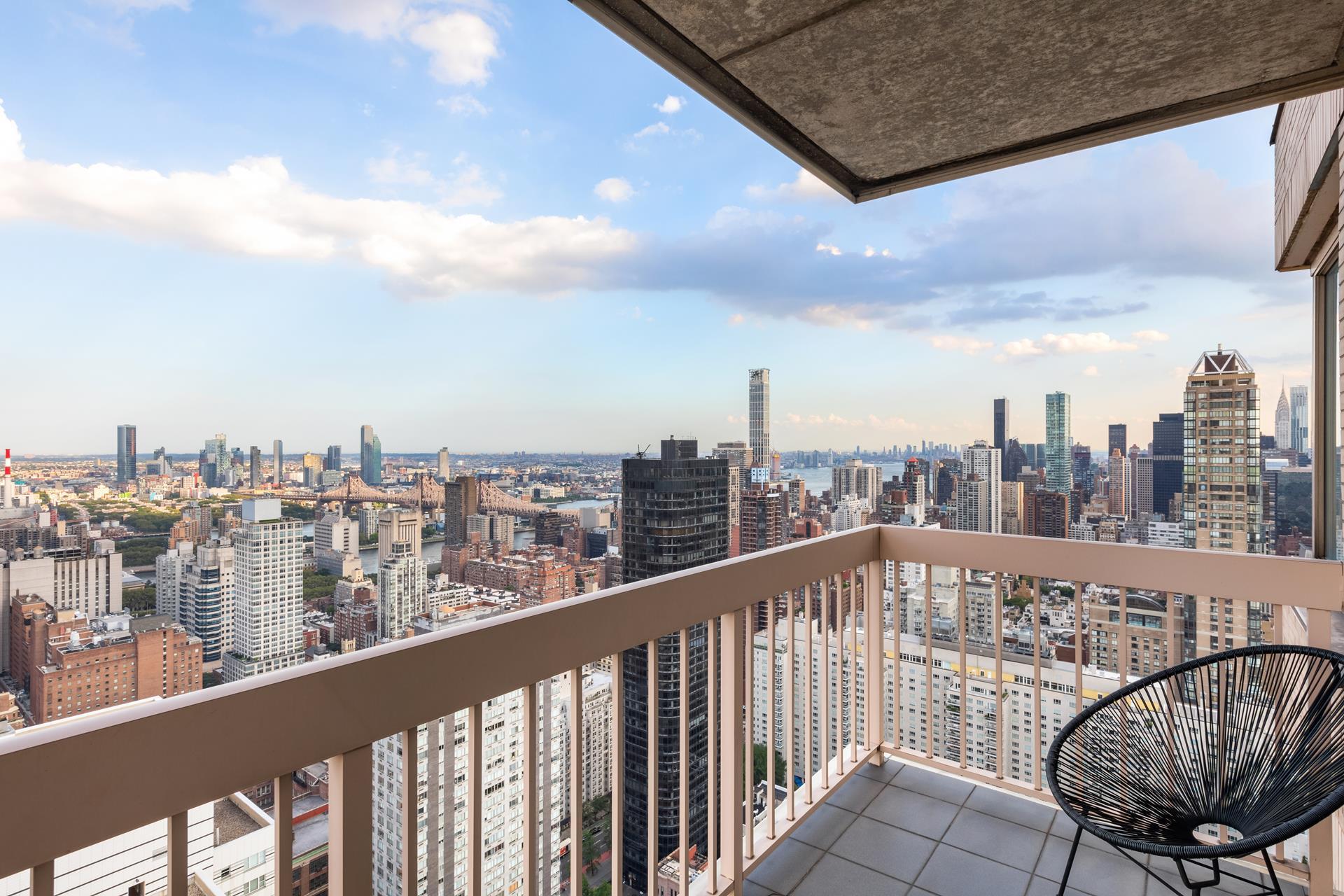 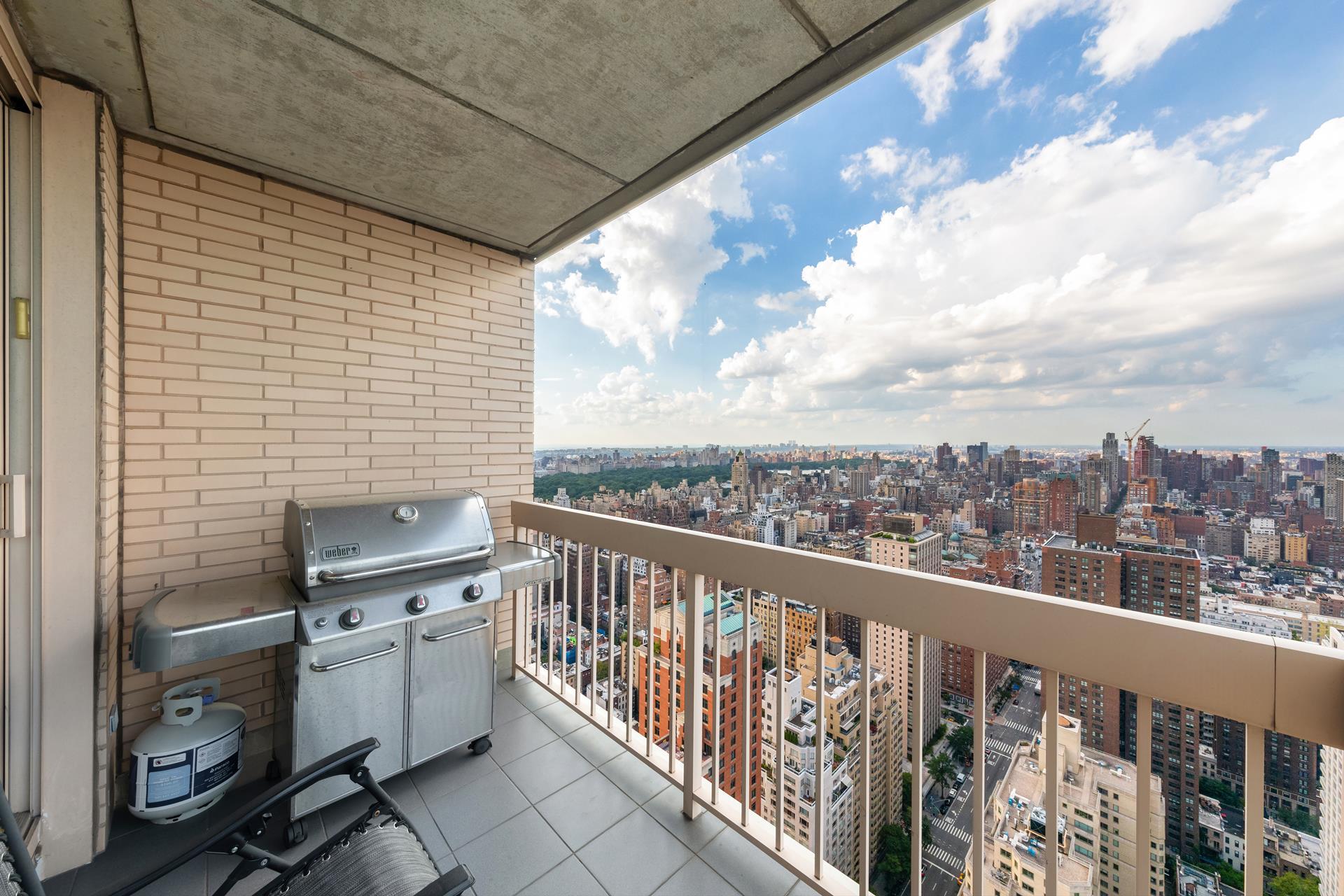 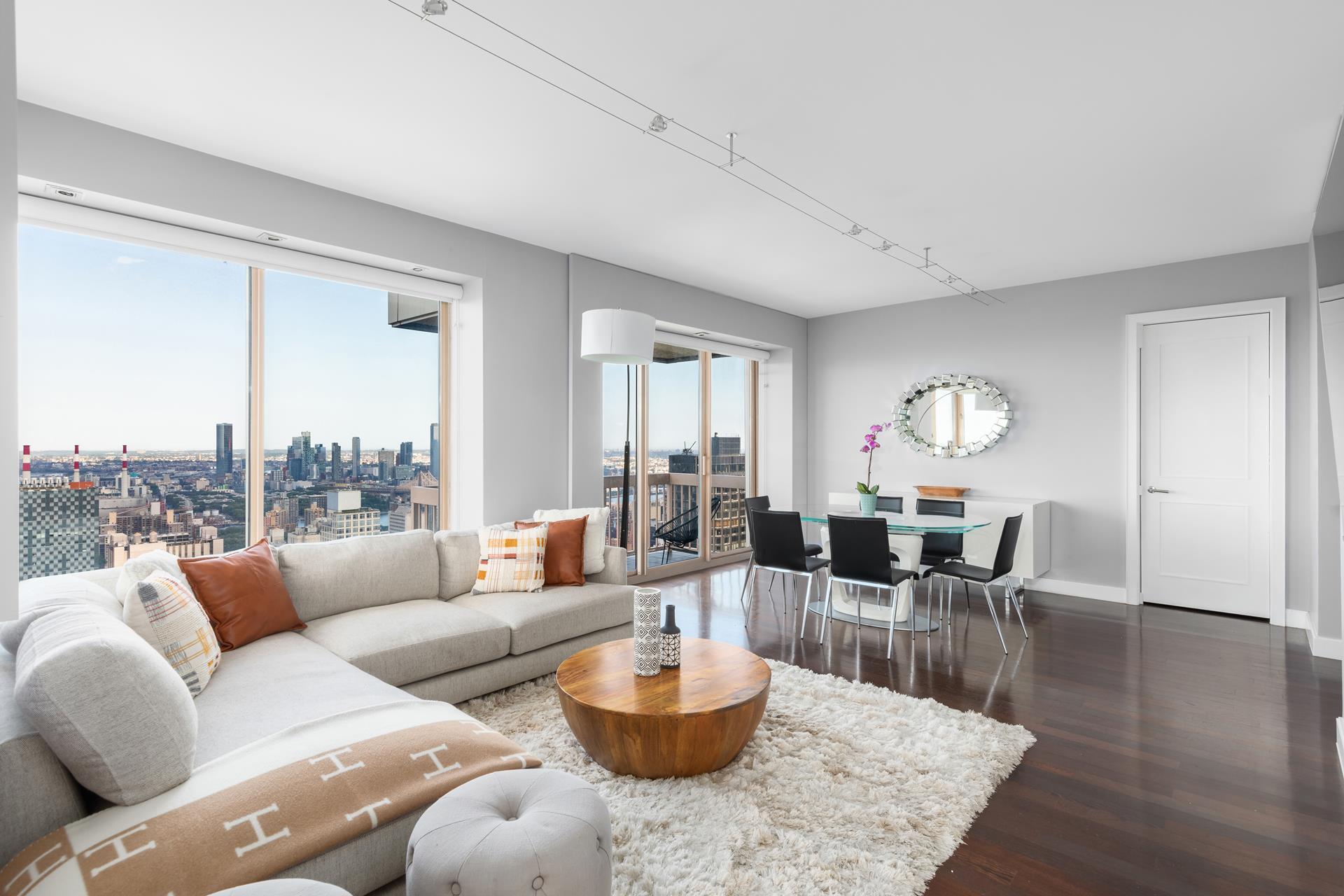 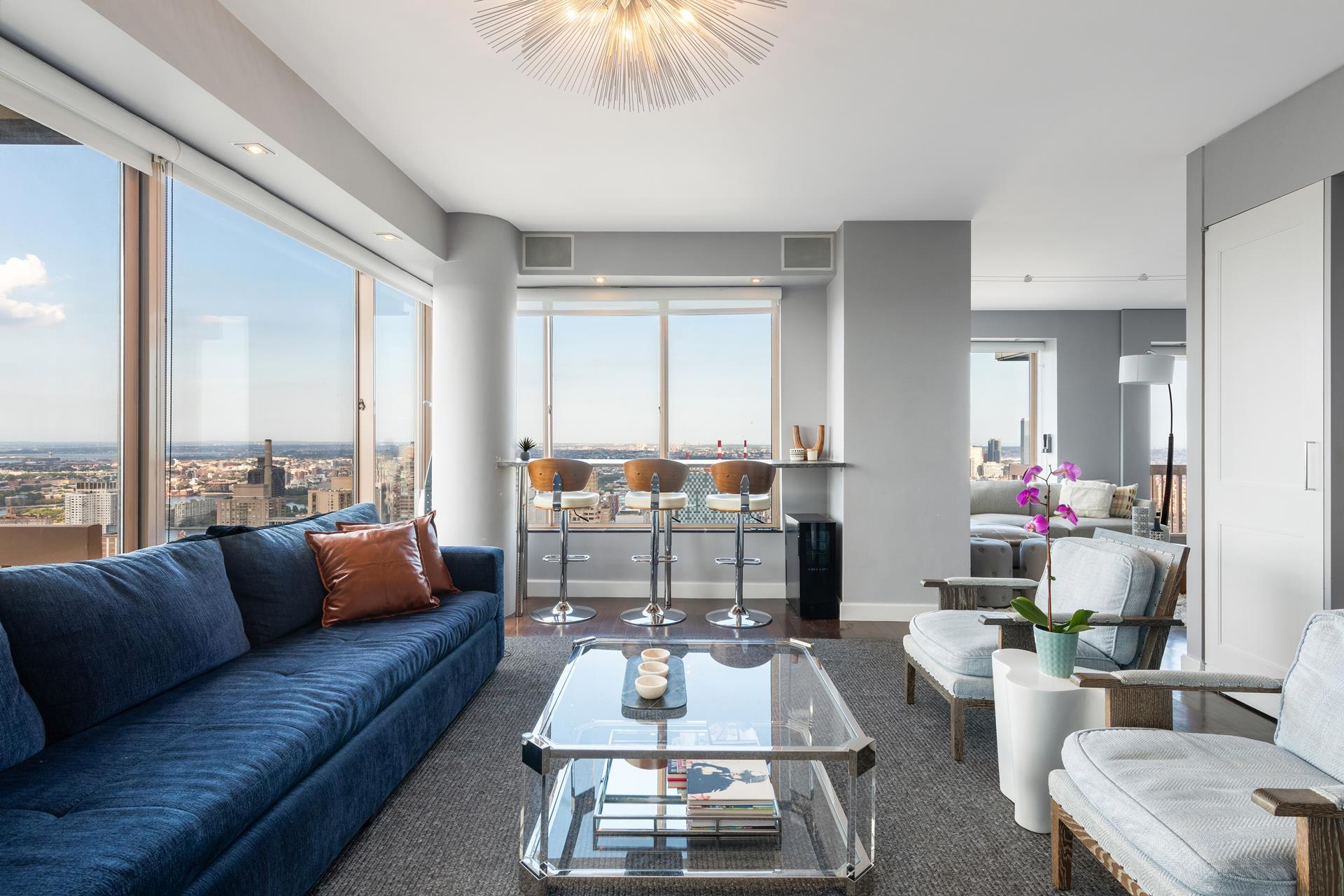 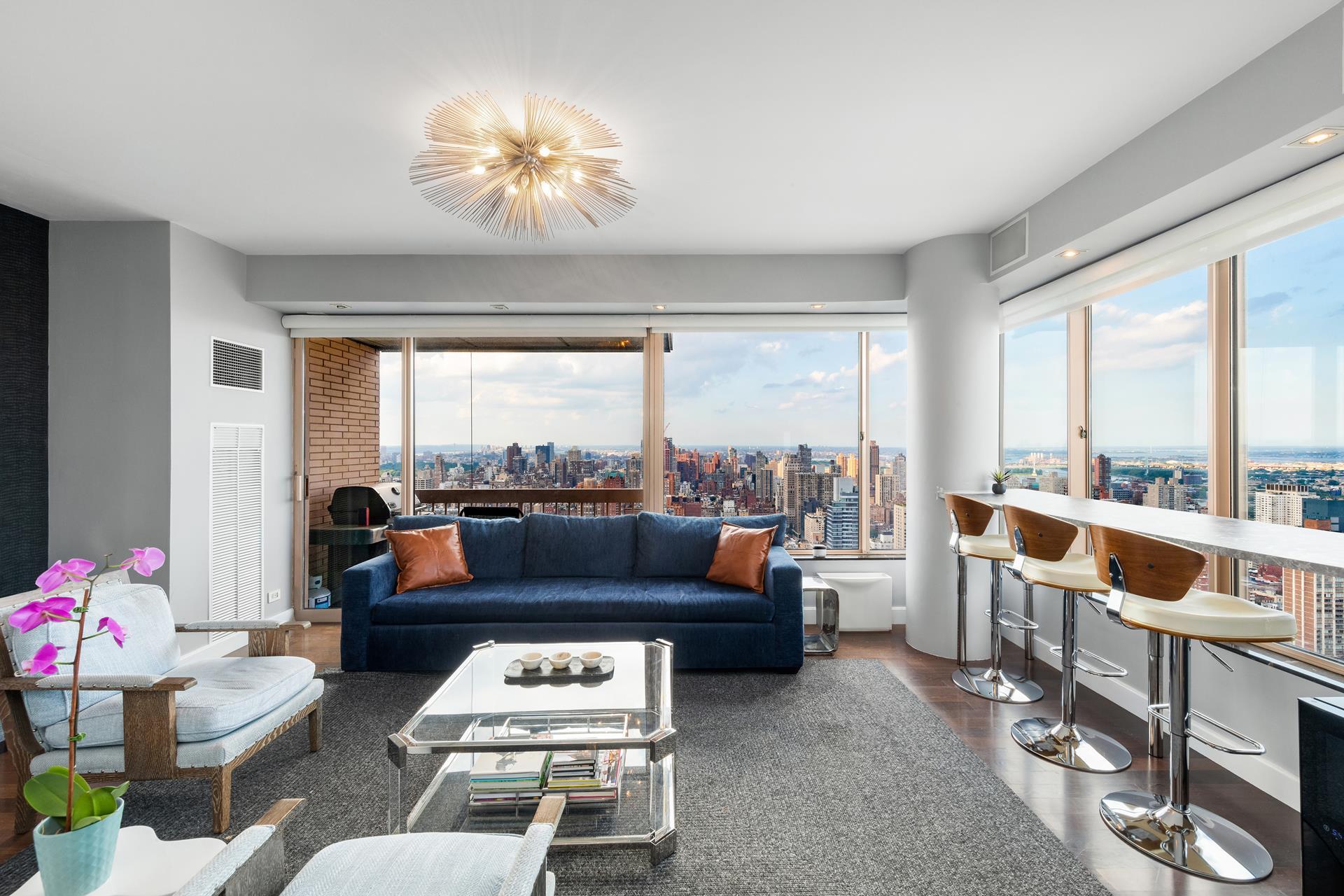 Incredible views from the 46th floor of this 3 bedroom at 200 E 69th St 46B. As the tallest building above 60th Street on the east side of Manhattan, Trump Palace is one of the most iconic and recognizable residential towers on the Upper East Side.

Designed by the late Frank Williams - known for his work on more than 20 Manhattan buildings, including his collaboration with I.M. Pei on the Four Seasons Hotel - the 55-story brick tower rises 634 feet over Third Avenue, cutting an imposing and distinctive figure on the New York skyline with its multiple terraced setbacks, large jutting balconies and crenellated roofline.

Built in 1991, the elegant building comprises 277 well-appointed homes ranging from studio apartments to sprawling, full-floor penthouses with 360-degree views in the tower, and private, maisonette-like homes in a separate wing along 68th Street. The tower's extraordinary height and placement in an area filled primarily with low- and mid-rise structures mean residences at Trump Palace boast glorious, unobstructed views of New York City, New Jersey and beyond, and many of the building's layouts specifically feature balconies and terraces to take advantage of these wide-open views.

Running from 68th Street to 69th Street along Third Avenue, Trump Palace is situated at the epicenter of the best the Upper East Side has to offer. New York institutions Hunter College, Rockefeller University and New York-Presbyterian/Weill Cornell Medical Center anchor the neighborhood, while fine dining, world-class shopping and lively entertainment venues abound. Dine at Michelin-starred Daniel, stroll the luxury boutiques of Madison Avenue and enjoy immediate proximity to venerable Central Park just four blocks west. Transportation is effortless with the 6 train on the next block.

White-glove client service, ingenious marketing strategies, scrupulous business practices and record - breaking sales deals make the Alexander Team one of the top - producing and most recognized real estate names in New York and the U.S. today
Contact Us
Follow Us